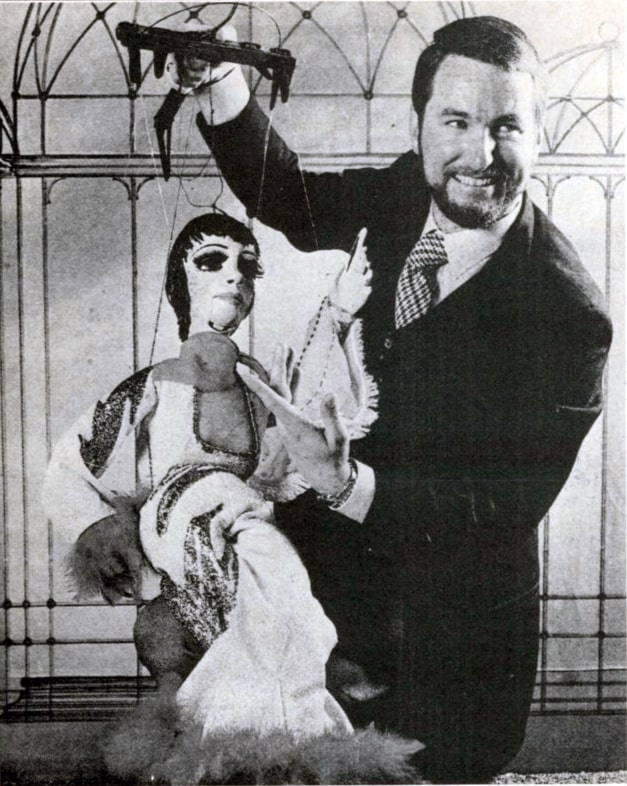 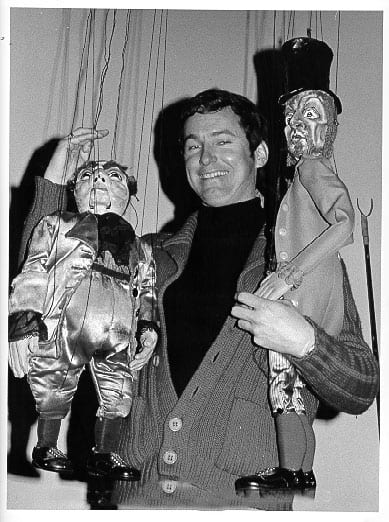 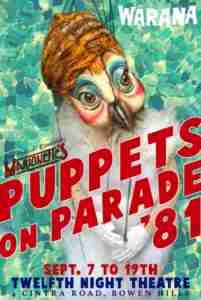 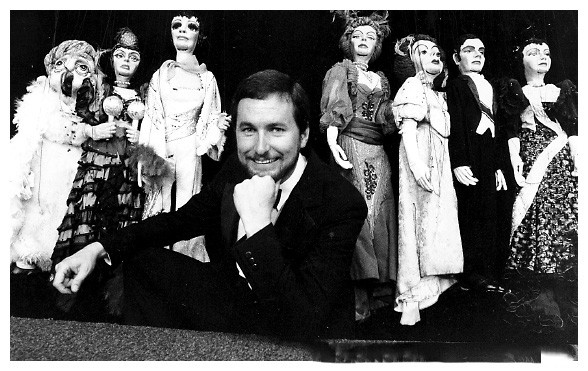 Cabaret Puppet Theatre has most gratefully received a wonderful collection of beautiful marionettes operated by the late gifted puppeteer, Phillip Edmiston. It is a distinct privilege to save this precious collection.

Edmiston was responsible for setting up the Queensland Marionette Theatre, which produced marionette productions throughout the Australian state of Queensland in the 1980s and 1990s. His productions, The Grand Adventure and Small Wonders were highlights during the World Expo 1988 held in Brisbane.

Born in 1951 in the Queensland city of Nambour, Edmiston was educated at Brisbane Grammar School. He later studied at the National Institute of Dramatic Art in Sydney where he was awarded the Diploma of Design, also training in music and dancing.

Edmiston was engaged to work with the Marionette Theatre of Australia as Puppeteer, Assistant Head Puppeteer, and then as Guest Artist. He is perhaps best known for followers of the theatre for his characterisation of 'Bunyip Bluegum' in The Magic Pudding. He also appeared in Tintookies 2000, Young Persons Guide to the Orchestra, Tales from Noonamena, The Water Babies, Peter and the Wolf.

His production, The Grand Adventure in 1978 was lavish. The musical had music by Eric Gross and with the book and lyrics by Hal Saunders. The story was broadly based on Captain James Cook's voyage to the South Seas with botantist Joseph Banks on the H.M.S. Endeavour in 1770.  There were 127 life sized puppets in all. It was Edmiston's first production under the umbrella of his own company, Theatrestrings. The critics raved about the production. Frances Evers in The Australian stated, 'The most exquisite production imaginable', while Romola Constantino in the Sydney Morning Herald recorded, 'everything that could be recorded for a fantasy entertainment'. The production toured Queensland and New South Wales, and played Sydney, Melbourne and Brisbane. It opened on 28th May 1977 in Edmiston's home town of Nambour in the Civic Hall. Edmiston was 26. He had earlier toured extensively, with the now sadly defunct Marionette Theatre of Australia, throughout Australia, India and Asia.

Edmiston went on to tour his two musicals, A Little Bit of Broadway and Puppets on Parade. Later work included The Three Little Pigs, Peter and the Wolf,Waltzing Matilda, Small Wonders and Carnival of Animals.

Leaving behind a magnificent legacy of work, Edmiston died in 1995.

All images are copyright 2019.

A beautiful, clever, and colourful collection of puppets, a pleasure to look at.

It depends on your needs and budget.

Hi David, I absolutely love your stage set ups, themes and puppets. I wanted to see if I could get your advice on the best place or way to obtain a portable puppet theatre. Thanks

Hi David, I am interested in becoming involved in puppetry and wondering how much and when workshops will be held. Thanks, Deb

It is always a sheer joy to look at the incredible work you are doing and the shows you are producing with your beautiful, colorful costumed puppets. You are a treasure to the puppet world.